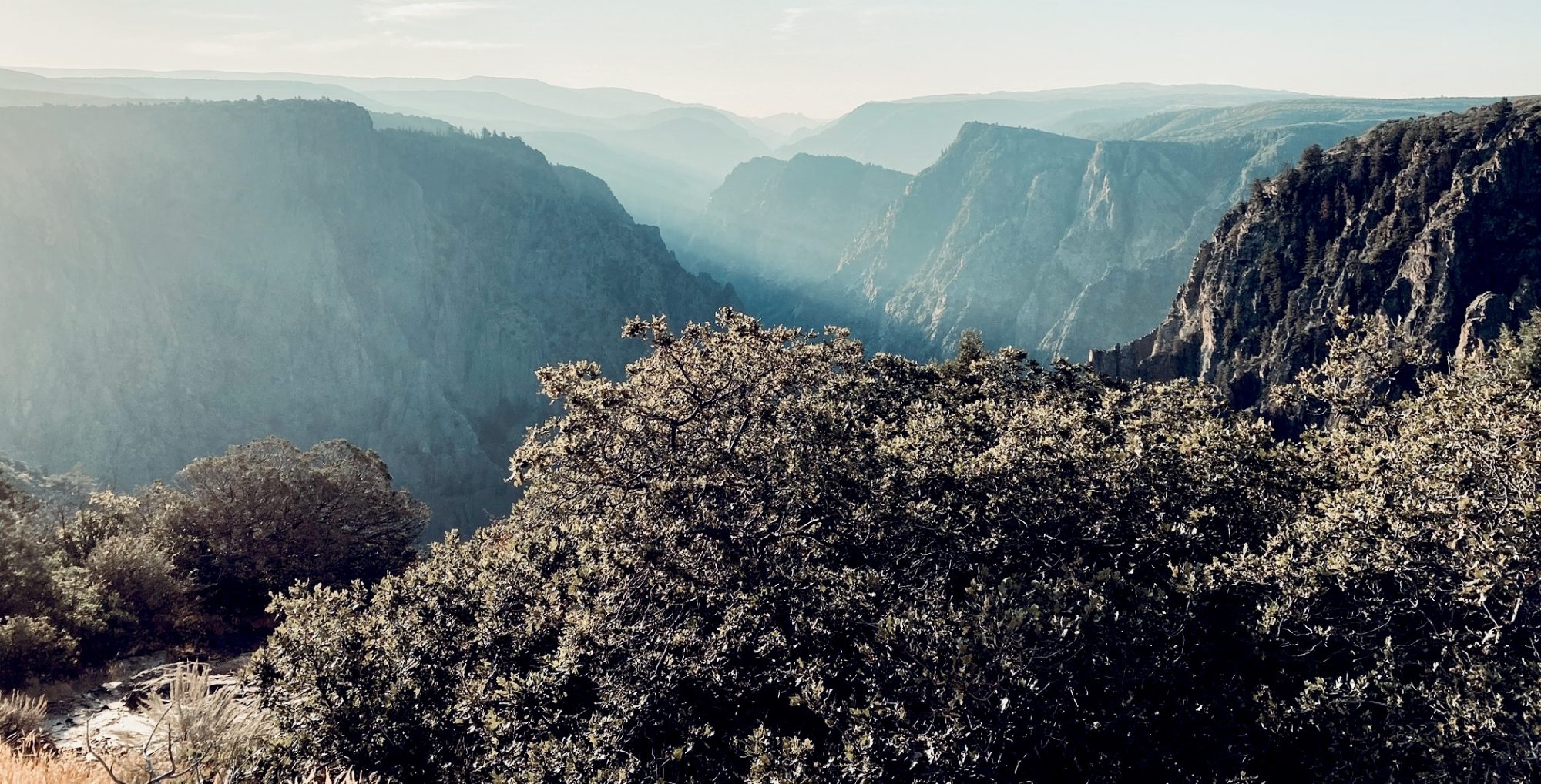 One day this past week we set out to drive across the Uncompahgre Plateau from east to west, eventually to end up in the hamlet of Nucla. We were defeated by snowy and muddy roads that threatened to turn our outing into a “Now what do we do!” sort of situation. We made a wise decision, I think, when we turned the car around and returned to Montrose.

On the way out, however, we had a moment.

A group of sheepherders were moving a flock from one pasture to another, using the road we were on. There were two herders walking, two herders in trucks, two dogs, and a couple of hundred sheep involved in the maneuver. When you encounter a flock like this there is nothing for it but to sit and wait. Unless you happen to have a video camera, that is.

At no time, being safely enclosed in the car, did Robin and I feel more than mildly threatened by these beasts. They streamed around the vehicle without incident, and when they were finally behind us, we continued on. I know that sheep seem docile enough, and that fatal encounters are unheard of, but there is always the threat of being masticated as long as they are close by and in large numbers.

And, really, no matter how infinitesimal the risk, would you want this to be the last thing you see at the end of your life?

Speaking of unpleasantness, how grateful we will all be when the present election cycle is over. Even though we know that it will be only seconds before the next one begins.

When you see articles with the following titles in the same issue of a publication, you know that the reporters haven’t a clue what the results of the election will be, and have reached the stage of making stuff up.

Republicans can’t sleep at night without their blankies since former Pres. Cluck yawned at political meeting.

We’ve had a small kerfuffle here in Paradise, where one candidate has accused her opponent of having an affair, and then using his position on a municipal board to change his vote to avoid being blackmailed over it. The vote-shaving turned out not to be true, but one of the features of the affair was that the lovers were alleged to have conducted their trysts in a rented storage shed.

Having rented quite a few storage sheds in my life, I really have trouble visualizing the whole thing. Let’s see, a guy approaches a shed, unlocks it, then pushes up the overhead door to enter. He then closes it and sits there in the darkness until his inamorata comes along to hoist up the same door to join him. There are no windows, a few boxes, and nothing clean to sit or lie upon.

I would have thought that staying in cheesy motels would be the low point in having an affair. That is, until this story came along. It made me wonder if there is a whole world of luxurious sheds out there of which I am not aware? If not, what can a person really do in the way of decorating a tin box with no insulation? One could only be unfaithful in at most three seasons under these conditions, I would think. Winter would be out of the question.

And then there is the matter of that overhead door. For a few seconds you are pretty vulnerable to discovery when it is up, unless you raise it only a few inches and then crawl under. Whereupon you would be all dusty and how attractive is that?

My take on this story is that if one is tempted to have an affair that they should at least save up until they can afford a proper No–Tell Motel in which to conduct it. Standards must be upheld.

We’ve had a snowfall today, about four inches. A very civilized weather event which did not inconvenience travel or commerce, but which did play hob with outdoor recreation.

There’s not enough of it to play on, and too much of it to play at anything else. The cats are quite put out, as am I. The three of us spent the day staring out the window and grinding our teeth, hoping that the weather would gather its wits and bring those lovely autumn days back once again.

I know that these days of cold and austere living are supposed to build character, but at my age how much more character do I really need, anyway? I’m practically brimming with the stuff and it affords me little comfort when the wind blows chill.

Poco and Willow are even more grumpy than I am. Sitting in the windowsills and looking out at a landscape that only yesterday was everything a cat could want, their eyes wide as owls, with facial expressions that could only be interpreted as: “Don’t mess with me!”

Just a note. I know that many of you regard me as a fashion icon and influencer, and I completely understand that. I rarely am seen with a single thread out of place, and as for being avant garde … well … in my case it is pretty much a given.

But I am hereby publicly severing any connection with the Yeezy brand, having little enthusiasm for contributing to the enrichment of antisemites. While it may cause me the loss of tens of dollars in income, at some point you have to say enough. To announce to the world that Here I stand, I cannot do otherwise!**

* The header photograph was not taken by me, and I didn’t want you to think that it was. Therefore, I put the letters NMP (Not My Photo) in its description as a way of indicating its origins. I will try to always do this, but as a guideline, if you look at a photo and it is absolutely superb, it probably wasn’t taken by me.

**Actually it was Martin Luther who originally said that, and I’ve always admired his turn of phrase.

Black Canyon of the Gunnison River, 2022