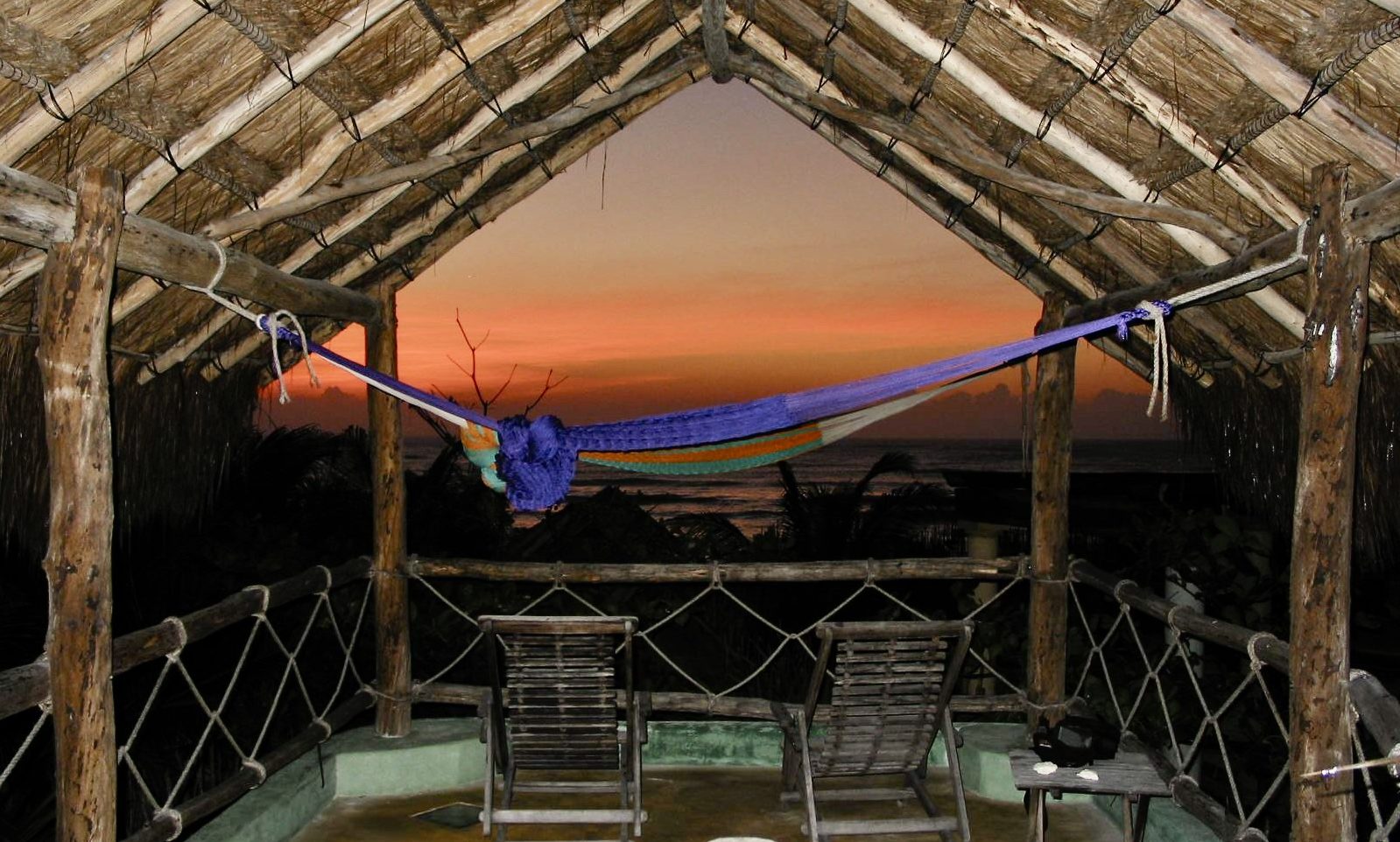 [Note: I know many of my readers personally, and occasionally conversation gets around to some subject in this blog (doesn’t blog sound like some horrible substance sucking at the wheel of an oxcart?). From time to time they will sheepishly admit that they haven’t read an entry since the Harding administration. There is absolutely no need be shy about such an admission. For one thing it shows that you have good taste and a high degree of discernment, and that you have much better things to do. To be perfectly frank, everyone has better things to do, or at least they should.]

It was a few years back that there was a small local celebration of Montrose’s pioneers, specifically ranchers whose families had been on the same piece of land for more than 100 years. My brain was on idle at the time but something was clanking around in there and then I realized what it was.

The brave European pioneers (and they were brave) that were being honored that day … some of them either stole the land by driving off its previous inhabitants, or they bought it from the guy who did. Not as much to brag about when you look at it that way, is it?

Growing up as a child in Minnesota I was told scads of pioneer stories, there were pioneer exhibits at the fairs, pioneer crafts to learn in school, etc. A St. Paul newspaper is still called The Pioneer Press. The word pioneer had nothing but good connotations.

Sometimes Nature is just too … unbelievable to be believable. Take the Monarch butterfly, for instance. Each year swarms of Monarchs migrate to somewhere in Mexico, returning the next year to where they came from. So what’s the big deal? There are birds that do things like that all the time.

So a butterfly that takes off from … oh, let’s say Minneapolis … dies four months later, not having yet come anywhere near Mexico. Its children continue the journey, but like their parents, they only live a few months. In fact, the entomologists have figured out that the butterflies that “return” to Minneapolis are members of the fifth generation since the beginning of the journey for that insect family. They are the great-great-grandbugs of the ones that started the trip!

(Pause while reader parses out what they’ve just read.)

So how does that lovely creature with the tiny little brain do this? How does it find its way to Mexico, to Minneapolis? It couldn’t ask its mother-bug, because she’s never been there. Nor its grandmother-bug, for the same reason. A precise journey of thousands of miles without an external guide of any kind. Whoah! Pardon me while I un-boggle my mind here.

Where do these travelers keep their map and where did they get it are the questions I’d like answers to, please, and the quicker the better. I haven’t got all day, you know.

Here’s the thing. You and I have very large brains, with all sorts of nooks and crannies for information to be stuffed into. How much of our behavior is as unconscious and programmed as is the Monarch’s? Is that why whenever I have an opportunity to stick my foot into my own mouth I can’t pass it up no matter how hard I try? And if a group of insects can fly all the way to Mexico and back using ancestral memory patterns, why do I ever, EVER get lost if I am the superior being I keep telling myself that I am?

For the answers to these and other such questions of importance, you must look elsewhere. This blog is, after all, only a trifle and not an oracle.

Hooahhh! We have a new poet laureate and her name is Ada Limon. There was a piece in the Times of New York about her on Wednesday. It was a quotation from one of her works, Dead Stars, that caught my eye.

Look, we are not unspectacular things.

We’ve come this far, survived this much. What

would happen if we decided to survive more? To love harder?

What if we stood up with our synapses and flesh and said, No.

So of course off I went swinging through the trees to learn what I could about Ms. Limon. I have a soft spot for poets, at least the ones that don’t use phrases like “alas, fair Endymion.” They work very hard, share views of the world that may be quite novel and good for our souls, open their minds and hearts for us to plunder, never become wealthy, and none of their work is made into movies.

I have even written a few lines of doggerel myself along my path, mostly when life was way crazier than I could handle and I needed a way to deal with emotions that were becoming hazardous to my health. Most of those literary efforts were written late at night and deleted with extreme prejudice from my computer the next morning as terrible excuses for literature.

But I did keep a few, and occasionally look back on them from this safe distance and think … that one isn’t too horrible, really. Anyway, here’s a link to Ms. Limon’s Dead Stars, which is definitely a keeper. That line What if we stood up with our synapses and flesh and said, No is starting to haunt me. What if we did, indeed?

BTW, I once had a friend who described poets as the last truth-tellers. He may have been right. And for those of you who are not “into” poetry, if you listened to the song My Antonia earlier in this post and you were touched by its haunting lyrics … why, what were they but a poem set to music? And Bob Dylan didn’t win the Nobel Prize for folk music, but for literature … his poetry.

One of the good things about these blazing hot summer afternoons is that they don’t last. The classic joke: “Why are you hitting yourself? Because it feels so good when I stop” comes to mind. But each night the temperature drops at least into the low seventies, sometimes further. And we are revived.

Some of those early mornings I can be found sitting out on the backyard deck and typing in the dark, the only light provided by the computer screen, and it always feels special. Ours is not a very noisy town, but at three a.m. you can pick out the sounds of individual vehicles going past on the highway, which is two miles away. Occasionally there will be a jarring blast of sound as someone hits the gas on a vehicle with a cutout muffler and demonstrates to whoever is awake that here I am, by God, and I can create a racket whenever I choose. I make the assumption that these are testosterone-fueled outbursts, but have no way of knowing, really.

I love the feel of the rough deckboards on bare feet, the cool movement of the air – not enough to even be called a breeze – just movement.

I have no idea what’s going on out there in the dark, but at least once every couple of weeks there is the obvious aroma provided by a disturbed skunk, and I wonder – who is bothering those critters, anyway? There’s no sound, no barking of a repentant dog, nothing to indicate why this particular perfume at this particular moment.

It’s now four a.m. and the eastern sky is starting to light up. We are warned that there may be thunderstorms in our future this afternoon, but the weathermen cry wolf so often that I will one day surely be swallowed up by one of these disturbances because I largely ignore their alerts. If I am going to hike in the mountains, it is a given that I should be heading back down the trail by noon or thereabouts to avoid being caught out in open terrain when the lightning walks the world.

Thursday last Robin and I rendezvoused with Amy and Claire at Little Molas Lake, a few miles from Silverton CO. Our purpose for getting together was to take a hike. The trailhead parking lot was just off a small campground at the lake, and at the end of a mile of road characterized by potholes that could hold large mammals.

It turned out to be one of the more beautiful walks we’d ever taken, with 99% of it above treeline. Robin and I left Montrose at 7 a.m. to get to the trailhead by 9:00. We wanted to be off the trail by noon to avoid those pesky lighting bolts, and in this we succeeded. After the walking we ate a picnic lunch in the parking lot while dark clouds were filling up the western sky. When we climbed into our vehicles for the return trip a light rain began, one with a sprinkling of small hailstones. What a fine outing it had turned out to be!

The trail we had walked was a tiny piece of the Colorado Trail, which begins near Denver and ends in Durango. Doing that walk would be one of those epic journeys, right up there with the Appalachian Trail and the Pacific Crest Trail. Maybe I will do it and maybe I won’t.

The seventeen year-old who uses my eyes says “Let me at it!” The octogenaric body, however, says “If you make me do that I will punish you with great blisters and aches the nature of which you cannot even conceive. It would be a deluge of discomforts, a tsunami of soreness, an endless succession of walking in places where only goats are meant to go, and all this wrapped up with a glorious opportunity to sail off of a precipice whose name you might have learned but which cares not a whig or farthing for you.”

This blurb from the Colorado Trail website gives a bit more balanced information.

The journey that you are about to embark upon follows a portion, or perhaps the entire 485 miles of recreational trail that crosses Colorado from Denver to Durango. The Trail passes through six National Forests, six Wilderness areas, traverses five major river systems and penetrates eight of the states mountain ranges. The Colorado Trail is administered and maintained by Colorado Trail Foundation volunteers in collaboration with the U.S. Forest Service. What makes The Colorado Trail unique is that it was developed with the efforts of thousands of volunteers, all interested in the conservation and recreational exploration of Colorado’s stunning mountainous areas.