[An article Saturday on CNN online was prompted by the 60th anniversary of a little girl’s walk to school. It is both a description of some horrible behavior and a testament to personal courage. I reprint it here.]

60 years ago today, 6-year-old Ruby Bridges walked to school and showed how even first graders can be trailblazers

(CNN)Sixty years ago, Ruby Bridges walked to school escorted by four federal marshals as a White mob hurled insults at her.Bridges, just 6 years old on November 14, 1960, was set to begin first grade at William Frantz Elementary School in New Orleans. As the first Black student to attend the school, Bridges carried integration on her small shoulders.Her first day at William Frantz came four years after Black parents in New Orleans filed a lawsuitagainst the Orleans Parish School Board for not desegregating the school system in the wake of the Brown v. Board of Education decision, which determined in 1954 that state laws establishing segregation in public schools were unconstitutional. The year Bridges walked into the school, Judge. J. Skelly Wright had ordered the desegregation of New Orleans public schools. The Orleans Parish School Board, however, had convinced the judge to require Black students to apply for transfer to all-White schools, thus limiting desegregation, according to the Equal Justice Initiative. 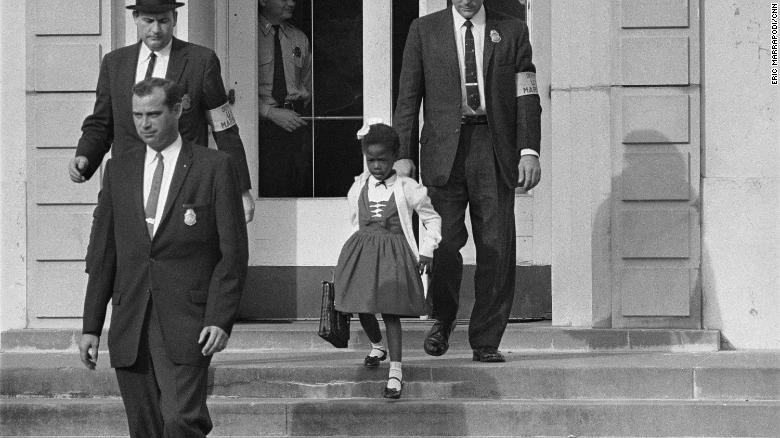 That year, only five of the 137 Black first graders who applied to transfer were accepted, and only four agreed to attend, according to EJI. Bridges was among them. “For me, being 6 years old, I really wasn’t aware of what was going on,” Bridges, now 66, told NPR in 2010. “I mean the only thing that I was ever told by my parents that I was going to attend a new school and that I should behave.”

Once Bridges entered the school and arrived at her classroom, all the other students had withdrawn. The rest of the school year, it was just her and the teacher, she said. And crowds continued to show up, at one point bringing a small baby’s coffin with a Black doll inside.”I used to have nightmares about the box,” Bridges said. “Those are the days that I distinctly remember being really, really frightened.”But Bridges stayed at the school despite retaliation against her family. Grocery stores refused to sell to her mother, Lucille. And her father, Abon, lost his job, according to the National Park Service. The toll was so hard on their marriage that by the time Bridges graduated from sixth grade, they had separated, she told NPR.Eventually, though, Bridges made it to second grade. And when she did, the school’s incoming first grade class had eight Black students, the EJI said. 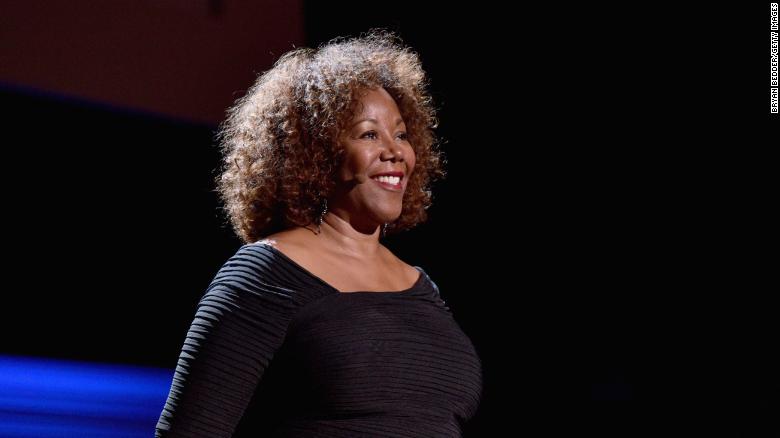 Ruby Bridges speaks onstage at Glamour’s 2017 Women of The Year Awards at Kings Theatre in November 2017 in New York. CNN reached out to Bridges for comment but did not receive a response.

Bridges continues to be an inspiration for many. In 2011, she was invited to the Oval Office, where the painting commemorating her walk by Norman Rockwell — criticized when it first appeared on a magazine cover in 1964 — was on display.”I think it’s fair to say that if it wasn’t for you guys, I wouldn’t be here today,” then President Barack Obama told Bridges during her visit, according to the White House archives. Lucille, who Ruby says pushed her to attend the school, died this week at age 86. In an Instagram post, Ruby called her mother a “champion for change,” adding that her actions altered the course of many lives.

This is the Look magazine cover referred to in the article. It is of Ruby Bridges and her journey to school, and was painted by Norman Rockwell. Its title is “The Problem We All Live With.”

Poco came to us as an outdoor kitten that we coaxed into our home. Later on, when we would attempt to retrain him and deny him access to the outdoors, he was so unhappy that it was a difficult time for all concerned, and we eventually stopped trying.

Case in point. In this pic, the outdoor temperature is a chilly 38 degrees, the wind is a blustery 20-25 mph, and here he is, sleeping out along the backyard fence. Even though the pet door is wide open to him, and only 25 feet away. Inside that pet door is warmth and loads of comfortable furniture to lie about on. But you see where he chooses to be.